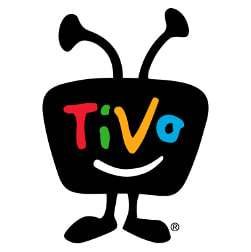 Got contacted by a recruiter about a manager position at Tivo. It would be managing an internal tools group.

Went to the interview. It went really well. I talked to 4 people, and we discussed compilers, debuggers, linux distributions, and how they were built and tested. How the open source community worked, and Tivo’s interaction with it.

We discussed personnel issues and performance reviews, and philosophies about hiring. I thought it was a great day of interviewing.

Then we got to the close. They asked me to sign something authorizing background checks (OK). And then they asked for a drug test, and gave me a list of approved labs.

I have never partaken of any illegal drug in my entire life. But that’s not the point.

I asked them why they cared. They told me that they really wanted reliable people that they could count on. I asked them if the background check included a police check. They said yes. I gave them my opinion that the police check should be good enough. They still said that the drug test was necessary.

So I told them, “I’m not doing it. If that disqualifies me from this position, so be it,” and walked out.

The recruiter called me the next day, and said that they were willing to make me a generous offer if I would submit to the drug test. I told him no.