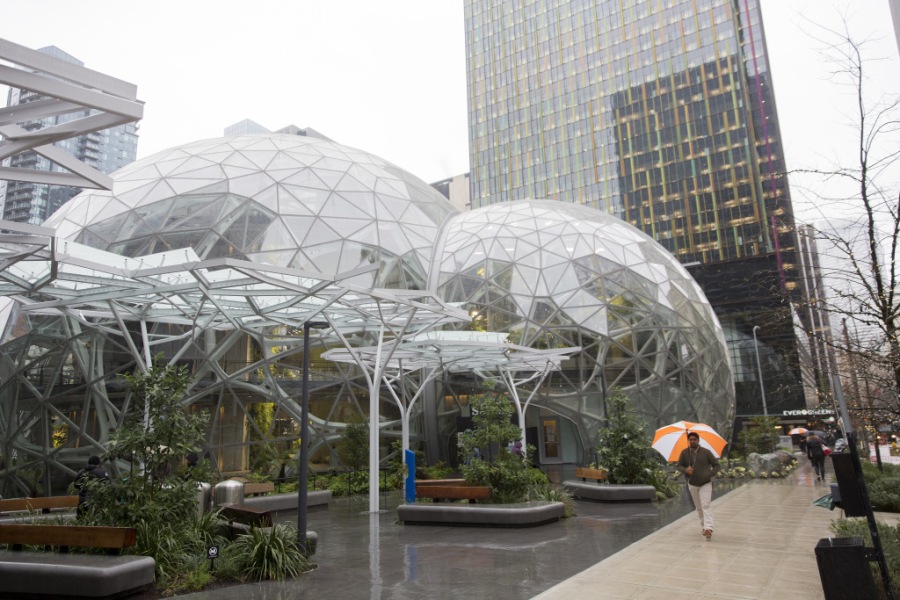 Apple was a difficult place to work. When I got there in 2001, Mac OS X had just been shipped a few weeks before, and my group was putting out the first separate Developer Tools disc. OS X was not a guaranteed winner; it was an “all-in” bet that the Mac could be advanced by replacing the OS with a NextStep descendant.

I managed a small team, but the team was somewhat dysfunctional. And we had a lot of work to do. One person was let go, and we hired another. But basically, we were swamped.

I also did a lot of non-management work; I build a lab of machines to test building Mac OS X with new compiler versions. Looking back, this was what I was most proud of from this period.

However, my relationship with my boss was rocky. One reason is certainly that I was naive in many areas, and just needed to grow up some. And it made my boss absolutely nuts.

During my second year, we got a new VP of our division, and most of the management staff changed. My boss was given a smaller team. I was not a manager anymore. Two of the other managers that had reported to my boss left Apple.

And I was left with a position called “Technical Project Manager”, whose job description was basically, do what it takes to make the Developer Tools as a whole to work for internal and external developers, but don’t do code.

I struggled. Right before I went away on my honeymoon, I made a call to integrate the latest software update into our Developer Tools build. This turned out to be a big mistake, as the Developer Tools had to be based on the first version of the shipping OS for compatibility, but I did not find out until I got back that my ex-boss had spent most of his Thanksgiving cleaning up the ensuing mess. More reason for us not to get along.
In 2003, they made a new organization called the “Developer Tools Program Office”, hired a new manager, and put me under her. And I blossomed. I largely defined the work I was doing, but she had feedback when I was going off the rails.

At one point, the VP of Dev Tools laid off a couple of people. My new boss informed me that I had been on that list, but since she was new, she told the VP she could not do her job without my knowledge and experience.

I tried to latch on as a developer on the compiler team. I ran into two problems: 1. Nobody at Apple believed I could code since I never interviewed as a coder, and the last experience I had at coding was 5 years earlier, and 2. The VP did not appear to think much of me at that point.

Also during 2003, I was asked to get another compiler ready, this time training another engineer on how to do it. That engineer’s boss was a friend of the VP, but this new QA manager was a workplace bully.

He berated, yelled at, questioned the ability, and otherwise mistreated his direct reports, while putting on a happy, productive face to his managers. With me, he got my boss to agree that building Mac OS with a new compiler was part of compiler testing. He then told my boss later that my work had been a “failure” because it had not been more automated, despite the large number of bugs we filed that got fixes, and the fact that the OS X management considered the compiler a success.

With all of that turmoil, I received my first ever “Needs Improvement” performance review. Given that I had almost been laid off, I figured it was time to find a new job.
Of course, there were very few jobs in 2003-2004 because of the bursting of the Dot Com bubble. But one day, I got a phone call from a recruiter at Amazon.

They were looking for somebody to manage their internal software tools team, which maintained their internal development and deployment environments. Sounded right up my alley. There was only one problem.

“I don’t want to live in Seattle.”

She went on the wax poetically about Seattle and the Pacific Northwest. I told her that it would be expensive if they wanted to hire me to move to Seattle. Neither me nor my wife was really interested in the place. She had me agree to fly up there for the interview anyway, provided I passed the phone screen.

I verified that the phone screen did not required coding, and set it up for the time I was driving to work (at the time, my commute to Apple was 1+ hours each way). The person called me. He asked my about tools for inter-team communication, and I mentioned chat and wiki. He then asked me what a hash table was. 40 minutes later, as I pulled into the Infinite Loop campus, he said, “Well! You sure do seem to know your hashtables!”

When I got to the fancy downtown hotel in Seattle on a December Thursday night, I could tell this was a hiring factory. I got a little gift bag with some kinds of chachkis in it. There were dozens of them behind the registration desk of the hotel. In the morning, this hotel messed up my room service breakfast, so I got to the Amazon office quite hungry.
There were six interview sessions, with a break for lunch. There were basically discussion-based interviews; no whiteboard sessions or the like. I spent a lot of time talking about hash tables and priority queues with various engineers. Some kind of VP took me to lunch, which was in this awful little cafe a couple of blocks from the interview.

The first interview after lunch, somebody I knew walked in. He had worked on the ill-fated embedded IDE project in Atlanta when it was canned and he was laid off. Then, somehow, he landed with some StyleWare buddies on their failed startup in Portland, and then hired on to Amazon.

I flew back home that early evening.

On Tuesday, I got a call from Amazon. They said that they were interested in writing an offer, and wondered what I was looking for in salary and total compensation. I gave them basically double my salary. She said, “What? That’s really high. We don’t pay anybody that, pretty much.”

“I told you that it would be expensive for you if you wanted to move me to Seattle to work the very first time the recruiter called me, and I have reminded your people ever since.”

She gave me a typical, not-outstanding package that, given the cost of living adjustment, was just about the same take-home as I was making at Apple. I told her, no. She got off the phone. A few days later, I got this in email:

I wanted to personally send you an email in follow up to your recent interviews with us here at Amazon.com.  I sincerely appreciate the time and effort you spent coming to Seattle to meet with all of us.  However, after some serious discussions and review, the interview team has decided to pursue some other candidates for the roles you interviewed for.
As a result, I will personally place your resume back in our database for all of our recruiters and hiring managers to view.  If anything appears to be a good fit that matches your skillset (sic), they will contact you and discuss the opportunities with you directly.
I want to wish you luck in your search for a new role and again thank you for your time and energy.  I also want to thank you for your continued interest in our company.

She signed it, “Fondly”. Really? “Continued interest in our company”?

As for Apple, it got a lot better. I grew up a lot in those years. My new boss and I clicked, I figured a lot of stuff out, and things started being fun again. And I even managed to remain friends with the ex-boss.